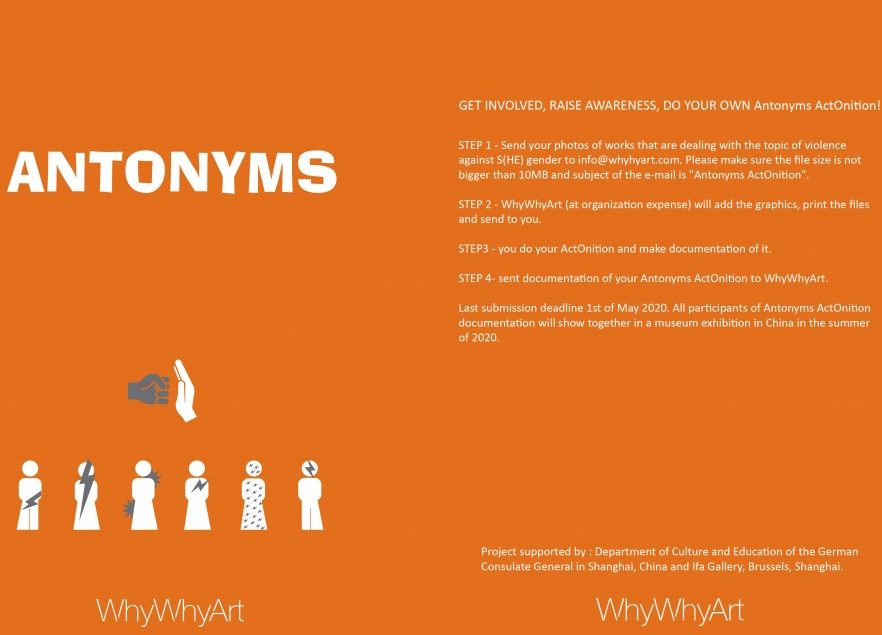 At the Department of Culture and Education of the German Consulate General in Shanghai, Shanghai, China June – September

Following the “Starting a conversation on comparative feminism” exhibition in Nanjing, China in 2017, WhyWhyArt initiates ActOnition – an Action performed in public spaces for individuals and activists to not only acknowledge personal responsibilities but to also Act On and to point out and change the unjust aspects of social behaviors.