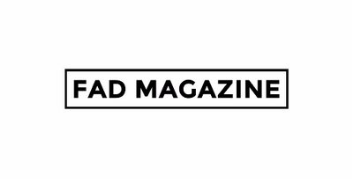 Secunda’s distinct studio practice has pushed the development of paint as a fully operational sculptural material for fifteen years. The works in this exhibition reveal a progressive and dynamic new direction, presented through a striking geo-political texture: sheets of paint shot by the Chinese army (2009) and more recently casts formed out of real Taliban bullet holes, results of suicide bomb attack sites in Afghanistan. With these works Secunda has pushed his practice to arrive at new forms, in his most complex and challenging works to date.

In August 2010, Secunda flew to Kabul with the sole intention of specifically casting Taliban bullet holes. Two suicide bomb attack sites were located in advance and existing bullet holes were confirmed on site by witnesses and the Kabul police to be Taliban.

The first site was an attack on a private security firm in a residential area of Kabul. At the outset of the Taliban’s assault on the building, two drivers for the security firm were fatally shot inside their car on the street. The works in this exhibition were created directly from the casts of bullet holes made as members of the Taliban shot through and around this car – killing the drivers and pock-marking the wall behind.

These bullet hole casts have been integrated into a series of wall mounted paint “relief” sculptures, their hanging devices also cast from paint.

“Piers has always made an important contribution to both painting and sculpture, but now with the materiality of the work being harnessed to record extreme politics, we have his most powerful series to date. I feel absolutely privileged to have the opportunity to show this in the gallery.”
Stuart Semple

Over the last three years a separate and parallel practice has developed in Secunda’s work – painting and printing with crude oil. Born from an understanding that crude oil facilitates everything we do in the western world, Secunda has
developed the necessary techniques to make crude oil behave as paint. The crude oil prints in this exhibition show early oil discoveries, made using crude oils from the very areas portrayed.

Secunda’s two practices, therefore – the casting of bullet holes and the use of crude oil as paint – run in parallel, one derived from a modernist discourse, the other from a raw material not conventionally viewed as an artistic tool. Both are visual vehicles for powerful messages, recording some of the potent human activities of our time.

“Because it facilitates everything we do, crude oil has to be a contender as the ultimate artists’ material.” Piers Secunda